An Insider’s View on Link Steroids

Two great passions in my life are baseball and SEO. Having played baseball throughout college and now leading link development at Hive Digital, there are countless similarities when it comes to preparation and execution of strategy. So naturally, I was immediately drawn to the idea that link building in the world of SEO is now starting to get the “Steroid Era” treatment that plagued Major League Baseball.

Allow me to start with a little background of this “Steroid Era”. Over the last decade, performance enhancing drugs (or PEDs) have been moved to the forefront of the sporting world’s conscious. Any athlete, particularly baseball players, associated with PEDs is immediately ostracized and their career accomplishments are thrown into question (Sound familiar to Google penalties??). Players like Mark McGwire, Sammy Sosa, Roger Clemens, and Barry Bonds (players my generation of baseball fans grew up idolizing) have all seen their stellar career accomplishments essentially cast aside as if they were lepers. 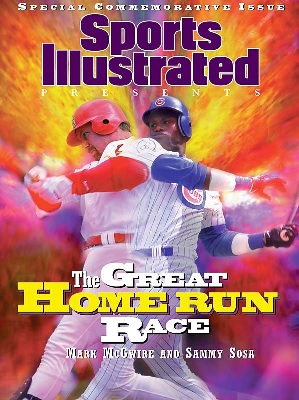 Just as unethical link building tactics were saving online businesses, one could argue that the summer of 1998 in which McGwire and Sosa, two NL Central division rivals, raced to pass Roger Marris’ single season homerun record of 61 (which had stood for 37 years) saved the sport. Baseball was still feeling the after effects of their 1994 work stoppage and the summer of 1998 saw baseball’s overall attendance top 70 million for the first time since the 1993 season.

With the exception of the 2002-2003 seasons, attendance at ballparks have been at an all time high. Baseball was once again thriving. Players were bigger, faster, and stronger than ever. Nobody, fans and management alike, questioned how guys were able to blast 500 ft home runs or throw 95 mph….well into their late 30’s and early 40’s. All that changed with the release of Jose Canseco’s infamous tell-all “Juiced: Wild Times, Rampant ‘Roids, Smash Hits, and How Baseball Got Big”.

Baseball had been exposed. Canseco pulled the curtain back and revealed that the sports’ stars were frauds and undeserving of the adulation heaped upon them. Who was to blame? Was it the players? Was it MLB management? Was it the fans? The answer to these questions is that everybody was to blame. Baseball had to clean up its act if it wanted to return to its former glory.

Why did players willingly choose to use PEDs? To gain a competitive advantage that would lead to HUGE contracts in the hundreds of millions of dollars and end with the hope of baseball immortality in Cooperstown. In the hey-day of PED use, there were no penalties, suspensions or fines. Heck, they didn’t even start testing for PED usage in players until the mid-2000’s. 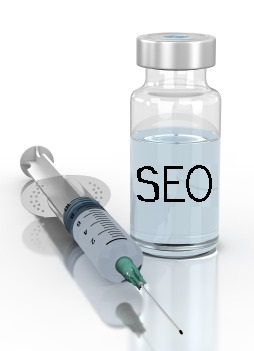 Prior to the era of Google penalties, link building tactics were as shady and as rampant as steroid use. A site could be created on a Tuesday, and thanks to PEDs…err I mean link building, they’d be holding the top spot in Google Wednesday morning. Now that’s results! And the kicker?! Zero repercussions for these now ill-advised strategies.

Thankfully, webmasters got wise. Some of the greatest minds in the SEO industry were realizing that many sites were undeserving of their rankings. Through reciprocal linking, footer links, directories, and keyword-rich anchor texts, a site could skyrocket past the Amazon’s and Wikipedia’s of the world.  Those tactics were all well and good….until they weren’t.

Just like in Major League Baseball, the frauds were eventually exposed. Websites undeserving of their rankings took a hit. The immortality of ranking in that top spot was now out of reach for those that had been shamed by Google.

Further drawing comparisons from MLB PED use and Link Building, those that own up to their “mistakes” have a chance to fall back into good graces. For example, Roger Clemens and Andy Petite both were accused of steroid use. Both pitchers were arguably two of the best during their time in the big leagues. Clemens vehemently denied PED use, while Petite owned up and asked forgiveness. Can you guess who the fans let back into their good graces? Andy Petite.

When a site is penalized, and ultimately de-indexed, it can feel as though the world is crumbling all right before their eyes. But all is not lost. Like Petite did with the fans, a site can ask forgiveness from Google. Thanks to tools like Remove’em, a site can fall back into the good graces of Google with a little brown nosing and hard work. Only the work isn’t done!

Now with Google regulating and crawling each site on the web, only the best of the best earn their top rankings. While there are a ton of best SEO practice guidelines to follow to ensure that a site is fully optimized, link building continues to get the job done.

I’m not talking about the link building strategies of the past. I’m talking about optimizing a site, producing viral worthy content targeted to a specific viewership, and distributing this content across all available channels.

Gone are the days of injecting (see what I did there) links into forums, footers, and directories and reaping the rewards. Here to stay is hard work, creative and viral content, and reaching the target audience effectively. While success in both baseball and SEO doesn’t happen overnight anymore, reaching the pinnacle in each respective industry has never been more satisfying. The best part? You can look yourself in the mirror and know that you played the game the right way.

Our website was achieving poor results in the major search engines and receiving very little traffic. Soon after working with Hive Digital we saw a major increase in the number of unique visitors to our website and subscribers to our e-newsletter, Email Marketing Chronicle. There's no way we could have increased our traffic this quickly without the help of Hive Digital.

Our website was achieving poor results in the major search engines and receiving very little traffic. Soon after working with Hive Digital we saw a major increase in the number of unique visitors to our website and subscribers to our e-newsletter, Email Marketing Chronicle. There's no way we could have increased our traffic this quickly without the help of Hive Digital.
https://www.hivedigital.com/testimonials/major-increase/